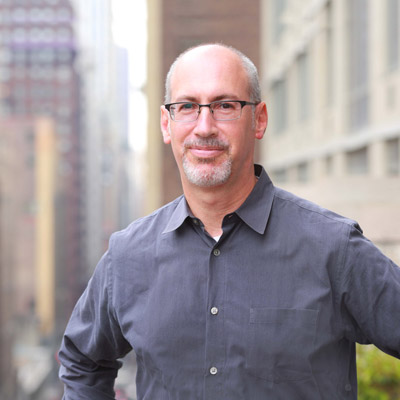 David graduated from the University of Virginia School of Architecture in 1981. Prior to that, his final year studies took place in Venice, Italy. He is licensed in New York State. Mr. Sherman worked at Polshek and Partners (now Ennead) for eight years, helping them to earn the national AIA Firm Award in 1992 after functioning as Senior Designer and Project Architect for such projects as the NYU Medical Center Skirball Institute of Biomolecular Medicine and the Inventor’s Hall of Fame. His own theoretical project for a Nite Club and his Affordable Housing project received Design Awards from the AIA New York Chapter in 1992 and 1994. In 1992, he was appointed Adjunct Assistant Professor of Architecture at Columbia University, where he coordinated and taught the foundation studio called Abstraction. He joined forces with David Abelow in 1993, when his initial projects included lofts, apartments and restaurants. Since then, an expertise in NYC townhouses has become a source of pride over the last decade. His design for the Siegel Swansea has been published widely. Mr. Sherman lives with his wife Benita Welch and two children in Brooklyn, New York.