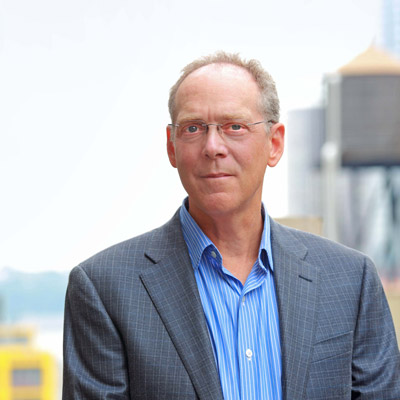 David graduated from Cooper Union’s Irwin S. Chanin School of Architecture with Honors in 1980, when he received the Alfred E. Kazan Fund Prize for urban design. He is licensed in New York and New Jersey. Mr. Abelow joined I.M. Pei and Partners where he was Senior Designer and Project Architect. He departed to form Abelow Connors Architects in 1986, which became Abelow Connors Sherman in 1993, then reached its current form in 2004. He was the principal-in-charge of the ‘Musician’s Residence and Studio’ project that received the AIA/ New Jersey Chapter Excellence in Architecture Award in 1994, which has been published here and abroad in several periodicals and books. He has been responsible for many residential projects including the Princeton Estate Residence which won an award for Recognition for Outstanding Contributions to Historic Preservation in Princeton (NJ) in 2000. He has been an occasional visiting critic at Columbia University and the Parsons School of Design, and has also served on the Board of Directors for the Jersey City Historical Commission. Mr. Abelow lives with his wife Lorraine in Westport, Connecticut, and is sometimes surpised to find that his three children are all grown.